What is Real Time Settlement

Real Time Settlement is an exciting new service brought about by the Faster Payments Initiative of the US Federal Reserve providing payments that are instant, final (irrevocable - "good funds") and secure.

While the Federal Reserve Board mulls an entry into the business of real-time payments, a major competitor is already racking up impressive gains among U.S. financial institutions.

The Clearing House Payment Co. Ltd., the New York City-based company that, among other services, operates one of only two switches for the nationwide automated clearing house network, finished the third quarter with 36 institutions linked to its Real Time Payment (RTP) network, which went live a year ago. That number will grow fast, exceeding 1,000 next quarter and 3,000 by the end of June. A year from now, it is projected on current trends to grow to 5,065, according to Tim Mills, vice president of business development and product management.

By the end of 2019, those projections show some 7,068 institutions connecting to the RTP platform either directly or through a third-party servicer, well more than half of the nation’s banks. By the end of this year, a little less than half of the nation’s demand-deposit accounts will be able to receive RTP transactions, and just under 40% will be able to send, Mills tells Digital Transactions News. Within a year, TCH projects those numbers will grow to a little over 60% and a bit more than 50%, respectively, he adds.

Mills: “We feel pretty good about the progress we’re going to make as we move into 2019.”

It helps that TCH can count on its 26 owner banks, Mills says, along with participation by four of the country’s largest core processors—Fidelity National Information Services Inc., Fiserv Inc., Jack Henry & Associates Inc., and Finastra. The ultimate goal, he says, is to reach all endpoints. “We’re working really closely with major processors as part of our ubiquity strategy,” Mills notes. “We feel pretty good about the progress we’re going to make as we move into 2019.”

The software underpinnings for RTP comes from Vocalink Holdings Ltd., a United Kingdom-based technology company that had helped develop the faster-payments infrastructure in that country. Mastercard Inc. paid $920 million in 2017 to acquire Vocalink.

TCH’s roots in payments are deep. The 165-year-old company began as a check-clearing center, a business it extended in recent years to help turn image exchange into a ubiquitous operation. For ACH transactions, the Federal Reserve operates the system’s only other switch.

But for all the progress RTP expects to make, Mills says the service will likely work best for cases like direct deposit of payroll. Point-of-sale applications, he says, are likely to be edge cases. “Could RTP replace debit card transactions or checks or cash? That’s not the intent,” he says. “Maybe in low-volume [point-of-sale] environments RTP could play. It’s about where do we have use cases where the efficiency of RTP is a good fit?”

Competition could be coming from the Fed itself. The regulator this week issued a 47-page proposal for real-time payment settlement, including a liquidity tool that would limit banks’ exposure to losses outside of business hours. Comments are due by Dec. 14, though the Fed has said it is not committed to any particular action on the plan. 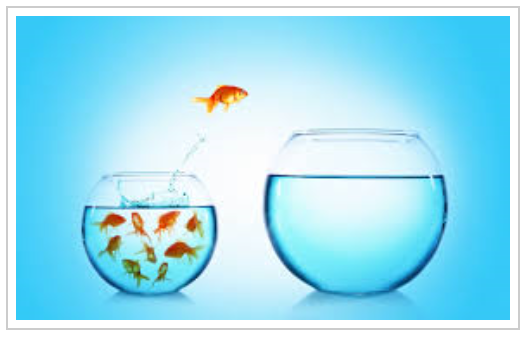 Today Payments is a leader in the evolution of immediate payments. We were years ahead of competitors recognizing the benefits of Same-Day ACH funding through Same-Day Direct Deposits (ACH Push) and Same-Day Direct Payments (ACH Pull). Our customers receive faster availability of funds on deposited items and instant notification of items presented for deposit all based on real-time activity. Dedicated to providing superior customer service and industry-leading technology. Our platform with its tools / widgets help organizations of all sizes reduce transaction costs, mitigate risk and increase efficiencies. Our system ensures proper Authentication, Authorization, Verification, Settlement, Notifications and Postings.

Each day, thousands of businesses around the country are turning their transactions into profit with real-time payment solutions like ours.